I will never understand the market that created phones that can’t stay charged for even 24 hours.

Here is an old smartphone I used to have: 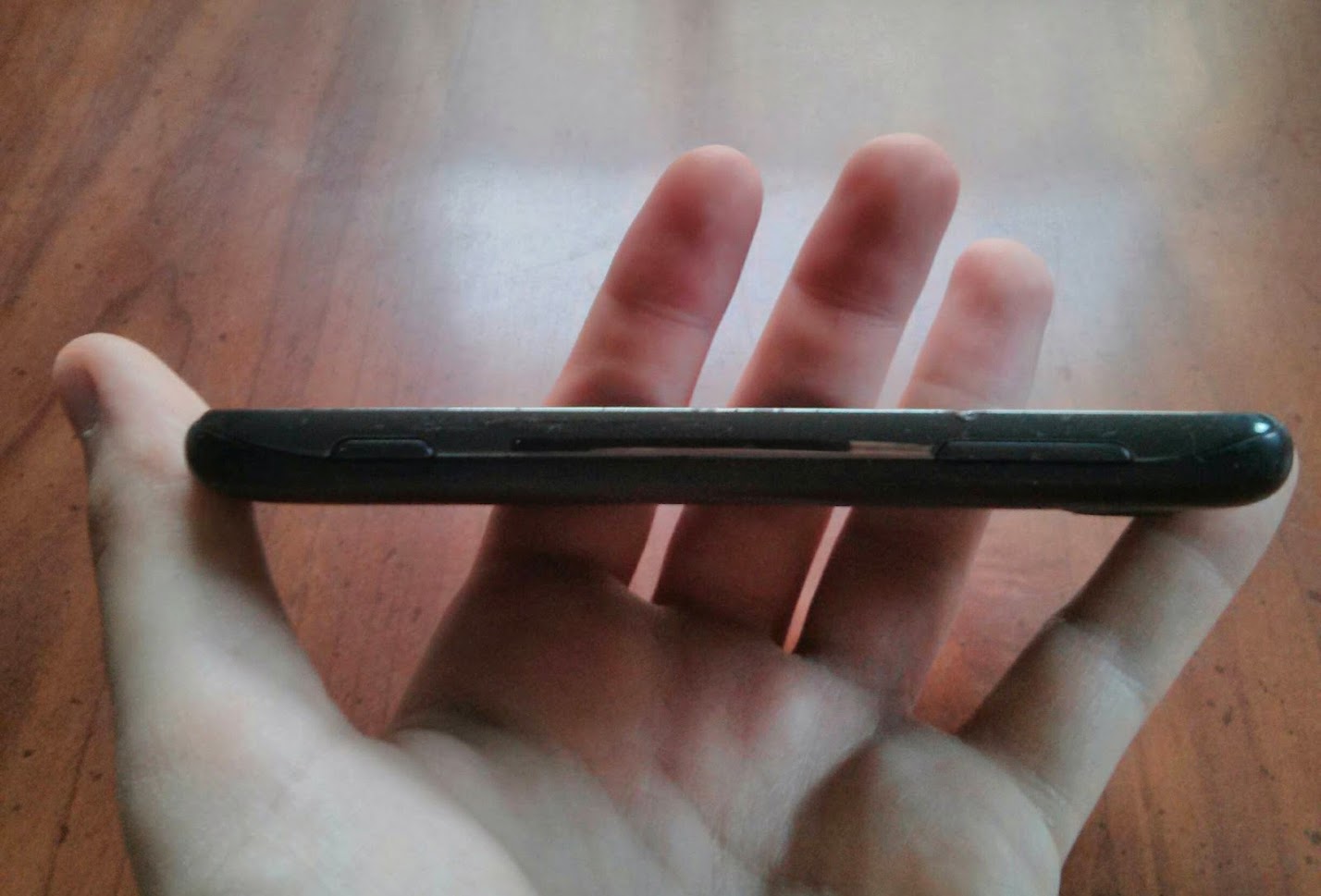 It was a Motorola Something Or Other. It was kind of neat. It had a little HDMI port so you could plug it into a TV and watch movies. It was also dual-core which was very special at the time.

See how nicely it fit in my hand?

I was about to go on an extended trip to a place where I needed the phone to last more than 24 hours at a time. I’m sure you can guess how much it matters if a phone fits nicely in your hand when the battery is dead at the most critical moment.

So I did this: 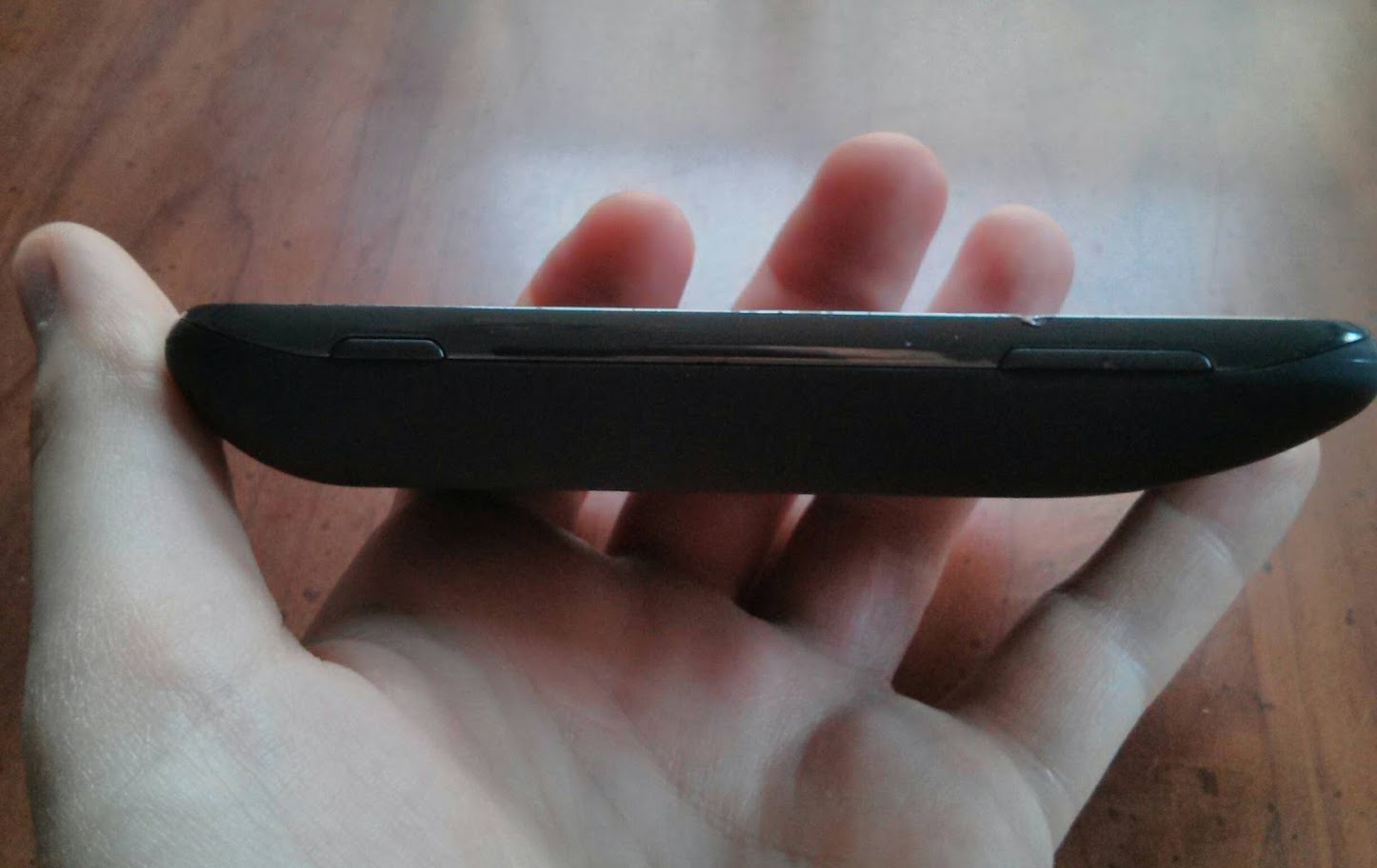 It no longer fit nicely in my hand. It weighed so much that the back case cracked once after I accidentally dropped it from only waist level.

It lasted for days at a time.

And it was worth it.

Fast forward to a couple of years ago. That phone was long gone and I had upgraded to the Pixel 3. The Pixel 3 was the best phone I had ever owned. It was fast. It took better pictures than iPhones. It didn’t have any bloatware but was stock vanilla untarnished Android. It came with more frequent software updates than any other phone, and straight from the horse’s mouth (no waiting-on-the-carrier nonsense). I could wash this phone. I was so excited I didn’t even notice the battery didn’t last very long.

It fit so nicely in my hand.

Fast forward to just recently. The Pixel 3 had seen better days. I had smushed the camera module while it was in my pocket by leaning too hard against something, so it didn’t take pictures right. A stock vanilla Android experience was no longer unique but lots of other phone manufacturers were doing it too. Software updates were becoming less and less significant as Android stabilized. And it was no longer waterproof. In fact water had seeped into it while it was in my pocket at the beach, and normal things were broken like the proximity detector—I couldn’t dial extensions or even hang up a call.

And I was getting tired of having to bring a charger with me everywhere I went.

Its time was up. So I traded it in.

And in its place I got a Moto G Power.

You’ll recognize that “Moto G” is not a name associated with quality and luxury. Well, because of a deal it was even cheaper. It was so cheap it was more than free after trading in the worn out Pixel 3. It is noticeably slower. It takes very average pictures. It isn’t waterproof. It has a lot of plastic inside and out. It’s a little too large for even my large hands.

But guess what? I can get the battery to last for more than three days: 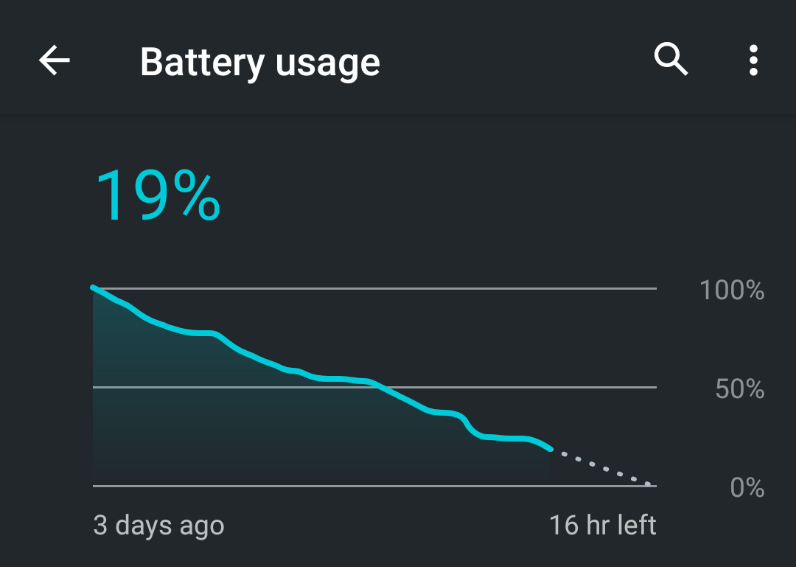 This is the best phone I have ever owned.