I’m going to talk about how to draw them as quickly as possible.

Let’s say you have have ten million data points tracing out the below curve and you want to render the window in red. 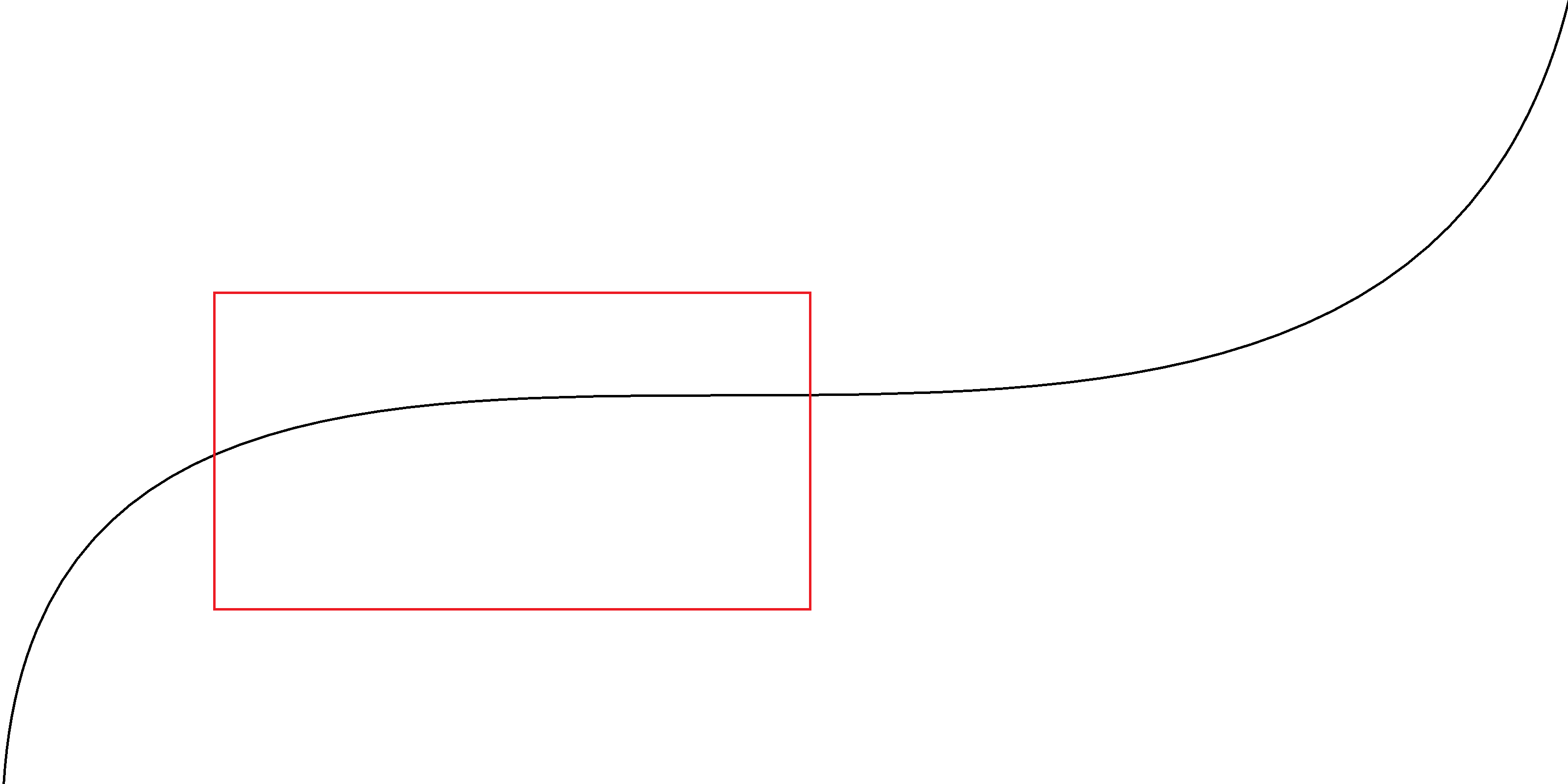 Millions of data points take a long time to draw. And it’s such a simple shape. Surely it can be done more quickly?

Details and a caveat

Now is a good time to mention a caveat. But I need to explain something first.

The place where the rendered plot will land on the screen is called the viewport. It’s a rectangle in the screen coordinate system.

The place in the data that shows up in the viewport we’ll call the data window. It’s also a rectangle but in the data coordinate system.

So the red box above is the data window.

The caveat is: for the rest of this article I’m going to pretend like the data and screen coordinate systems are the same. It’s easier for me but the point should be the same.

A quick note about parallelism: if you have the opportunity to render in parallel then that’s great. But I’m going to ignore parallelism because the lessons in this article will also apply to it.

We’re going to need a drawing API. Here it is:

This will draw all the data points:

It works. There’s nothing incorrect about this. So it’s better than something that doesn’t work.

But this will be really slow when you have tons of data because it takes a lot longer to draw the pixels on the screen than it does to loop through the data.

Can we do better?

This code does that:

Unlimited potential for data loss. Here are some data points and whether they’ll be chosen or ignored by this algorithm:

In other words what will be rendered is a straight line. There’s no limit to how large (in the Y direction) the ignored coordinates can be.

Shimmer. And guess what happens when you zoom in a little bit:

Now you get a really jagged line.

And depending on the situation it can flash really quickly back and forth between the two. It isn’t very pretty.

Both of those problems can be alleviated by comparing both X and Y coordinates, which is what most people try next.

Now anytime a point is sufficiently distant from the previous point in any direction it’ll show up on the screen. No more shimmer and no more data loss.

But it’s still not perfect.

These are actually problems with the previous approaches too, but…

Straight lines have too many points. Here’s how some data points in a straight line will be handled:

That’s a lot more lines on the screen than this visually indistinguishable equivalent:

Congested zig zags stay congested. Here’s how some other data points in a bunch of tight zig zags will be handled:

That’s a lot more lines on the screen than this visually indistinguishable equivalent:

I used the phrase “visually indistinguishable equivalent”. What does it mean? It means we want to find the most simplified version of the data points that will look just the same. It turns out this is a good goal.

One thing that helps to get a much more simplified version (while still being visually identical) is to think in terms of rectangles and bounding boxes.

In other words, from far enough away this group of line segments:

…can be reduced to this: 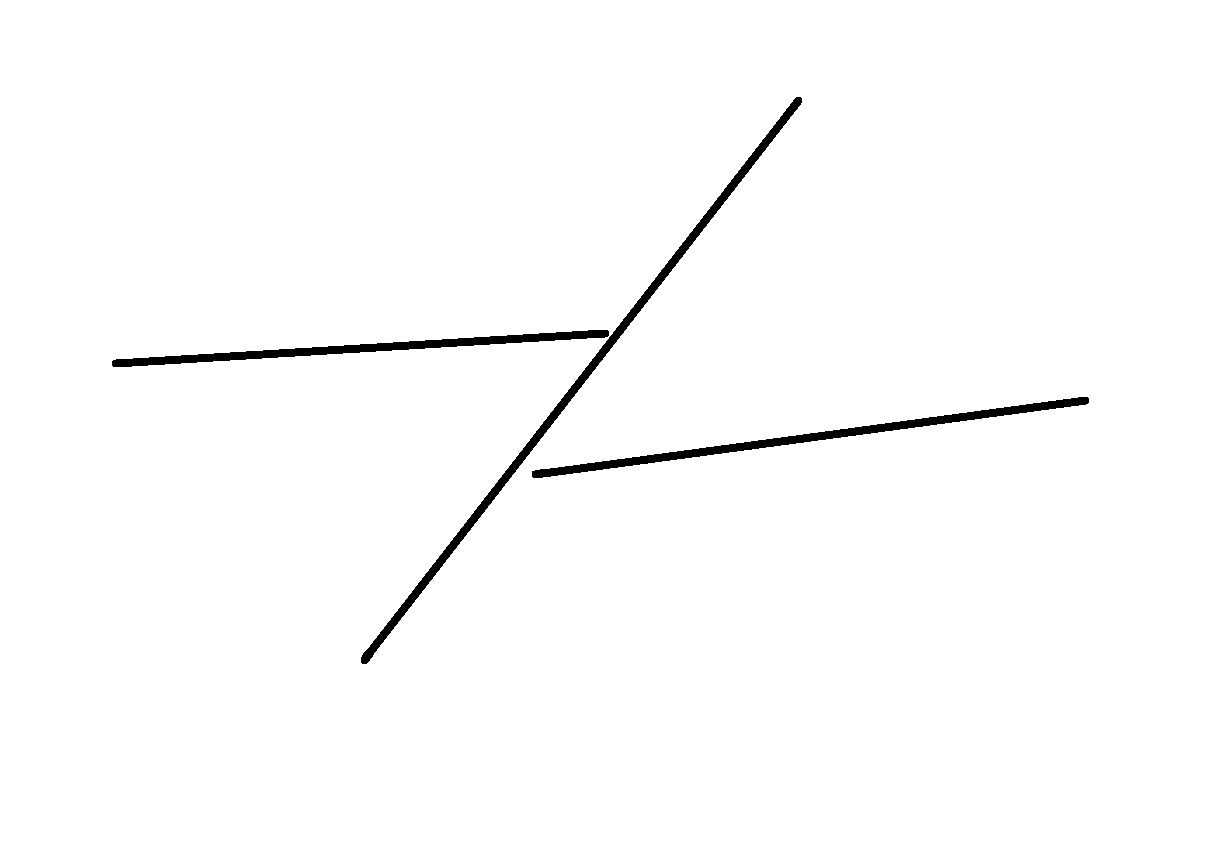 The individual line segments won’t even have to connect because when you’re zoomed out enough their pixels will be so relatively large that they’ll be touching. When you zoom out far enough, render the data points, and look closely at the pixels on the screen, then both of the above will look something like this:

First we’ll need to encapsulate the idea of a bounding box around a set of points:

With some implementation of that, here’s some inspirational code that should get you started in the right direction:

Also I’ll just briefly point out that if you are trying to establish and maintain the correctness of this kind of stuff only by running a UI and seeing how it looks on the screen in various scenarios, then you’re doing it wrong. This is one of those cases where everything can be broken down into small “units” of responsibility and then unit tested with automated tests, with only the occasional sanity check by firing up a UI. Enough has been written about unit testing elsewhere so that’s all I’ll say here.

This is definitely more complicated than the other algorithms. I think this is somewhere in the territory of optimizations. Make sure you have something that at least works before spending a ton of time on this.

It doesn’t help if your data is going randomly in all directions. Let’s hope you’re not trying to plot data like that.

This approach can perform much better than the other algorithms.

As long as a single axis exists in which your data is non-decreasing then it’ll work. No matter the direction of that axis. It’ll also work just as well in a few other limited cases.

Thinking in terms of bounding boxes should get you most of the way there.